Every once in a great while, you meet or hear someone who excites something inside of you that may have been sleeping. You may not realize that your passion has diminished. It happens so slowly. We feel the same as we ever did. There are spirits here among us that keep that child-like sense of wonder all of their lives. They awaken inside of us our own caring and love for our earth, our oceans and all of the myriad living creatures and delicate ecosystems therein. Such a person is famed scientist, aquanaut and conservationist, Dr. Sylvia Earle. Her credentials are unsurpassed, yet she comes across in her mission to reach true believers as a truly humble and grateful person. 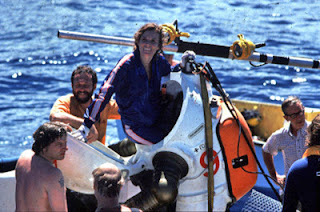 Many of you have lived fifty or more years near an ocean or shore. Maybe you lived at the shore as a youth. Much of marine life is concentrated near the shores in shallow waters. Only the great juggernauts of the sea, such as the white shark and the whales traverse the vast distances of open ocean. You have very likely seen a drastic reduction in the abundance and diversity of marine life in your local waters. Whether it's the size and the frequency of catching the great game fish in the Gulf of Mexico or just poking around in the tidepools at low tide. We have all noticed a marked decline in our own lifetimes. Once hunted to near extinction, the beautiful sea otter once ranged the entire California coast. Otters off of the coast of San Diego feasted happily on the abundant abalone. The Cahuilla Indians and lesser known or forgotten local tribes ate the nutritious mountain oak acorns in the summers and enjoyed seafood during the winter months in our local waters. John Steinbeck in his love song to his native Monterey, Cannery Row, forever immortalized the octopi of La Jolla with his great hero and object of affection, Doc. Doc harvested the ocean creatures mercilessly, to create slide series for schools. He had a thousand specimens in formaldehyde. He lived in a time when we believed that the resources of the ocean were unlimited.  Yet even Cannery Row documents the decline and collapse of the Monterey sardine canning industry as early as the 1930s. When I was a teenager, I could walk down to the wharf and see the great fleets of tuna boats.  A tuna takes twenty to twenty-five years to reach full size.  Many of the Orange Roughie that are harvested by the devastating method of trawling the ocean floor have reached an age of one hundred years.  I have been told that my beloved off-shore sandy waters of La Jolla were beds of abalone as late as the 1940s. Even in the 1970s many abs could still be had in the rocks and crevices. And many a diver was unhappily attacked by a moray eel. I myself have seen an octopus, a sea hare, a nucleus of tiny opaleyes, sea urchins, starfish, living wavy-top snails, tiny perfectly shaped shells no bigger than a matchhead, manta rays, blue sharks, rock cod, a moray swimming in open water at the La Jolla Cove and many other species too numerous to list. Today the tidepools are largely dead. A few sea anemones and crabs eek out an existence. Even barnacles and mussels are in decline. 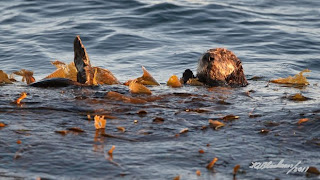 So learn, my friends, of Sylvia and her love for our oceans and her awareness that healthy oceans are vital to all healthy ecosystems on land.  Learn how vulnerable our marine ecosystems really are.  Learn how over-fishing has decimated as much as 90% of large fish populations.  Learn what we can do to save these living systems of mother earth while there still is time.  And enjoy her recollections of a remarkable career in undersea exploration.  Herein the famous TED talk.


Much of the TED talk is taken from this talk given at UC Berkeley about her project Mission Blue.

And to find out who she really is as a person and a dedicated scientist, check out Conversations with History with Harry Kreisler of UC Berkeley. Harry is a sensation in his own right.

The picture at the top of this post? That's Sylvia in 1979 getting into the JIM suit. She walked the ocean floor at a depth of 1,250 feet. Imagine the courage it would take to plunge down to the bottom in a thin shell where the pressure exceeds five hundred pounds per square inch.
Posted by Flying Junior at 3:29 PM 1 comment:

Flying Junior
I believe in the power of love. I see it all around me in simple meetings between ordinary people. I see it in acts of charity and compassion. But that power is engaged in an epic battle with dark forces that would seek to subvert the great wealth and strength of our heaven rescued land to the purpose of imperialism and selfish gain. When I contemplate the agony and cruelties of unjust warfare and inhumane captivity, I hang my head with burning shame and lament from the depths of my soul.